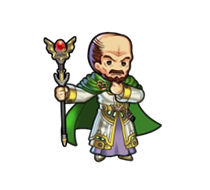 Today I’ll be introducing you to August, who serves Leif, the prince of Leonster. He’s a talented strategist who uses his ingenuity and shrewd judgment to get the upper hand! 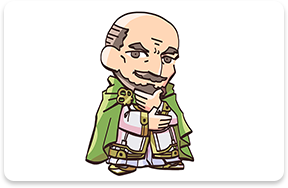 August was traveling across Thracia on a mission when he joined up with the Lifis Pirates, who were active on the coast of Iz. 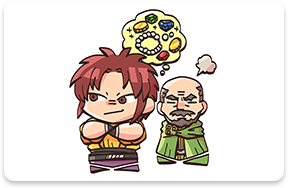 But once Leif came to defeat the pirates, August switched sides, and quickly demonstrated his acumen as a tactician to his new lord. 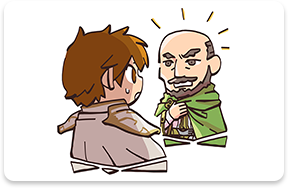 August is a staunch pragmatist who’s supported Leif with strategies of all kinds, which has led some people to even say that nothing’s impossible when he puts his mind to work. Just imagine what he could do for us! 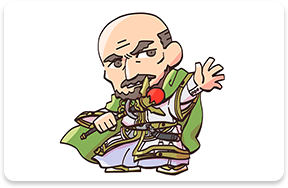 Quan’s son. He was hiding in Fiana but rose up after an attack by imperial forces. He recruits August to serve as his tactician.

Leader of the Lifis Pirates, who ply the waters off the coast of Iz. August’s erstwhile employer.

Prince of Silesse. A descendant of Ced, one of the 12 legendary crusaders, and inheritor of the wind tome Forseti. He asks August to help Leif.