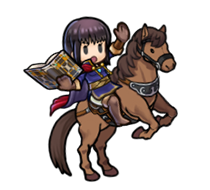 Olwen is a knight in the army of Friege, part of the Grannvale Empire. She’s the younger sister of the mage knight Reinhardt, the man seen as the second coming of the crusader Thrud. 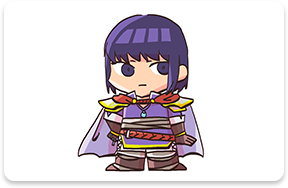 Olwen had a profound respect for her brother. When a senior officer of hers insulted him, she lashed out, and was promptly jailed. 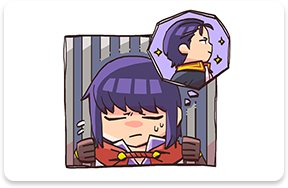 But after she was freed by Leif, her erstwhile foe, she ended up joining his liberation army, accompanied by her subordinate Fred. 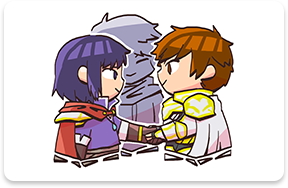 Olwen’s sense of justice led her to forge her own path apart from that of her brother. Seeing how much I rely on Alfonse, I could learn from her! 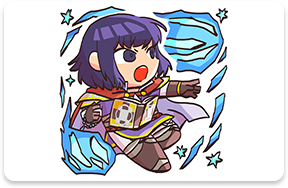 Formidable and admired mage knight in Friege’s army. Ever ready to lend an ear to his younger sister, Olwen.

Olwen’s subordinate, a knight in Friege’s army. He aids Leif, his former enemy, to rescue Olwen from her imprisonment.