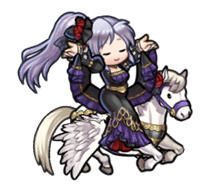 Ishtar is coming to the ball! She’s a member of the royal family of Friege in the Empire of Grannvale, as well as the queen of Northern Thracia. 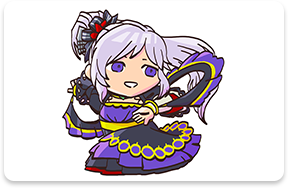 She’s wearing some of her iconic formalwear this time, including a long skirt that goes all the way down to her ankles. That regal purple color scheme really makes a statement too… There’s no argument about who the queen of this dance is! 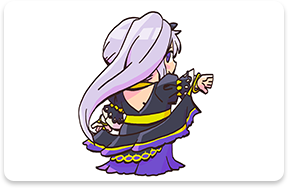 Her dancing is both powerful and passionate. It’s like she’s able to show off exactly what’s in her heart with every step! 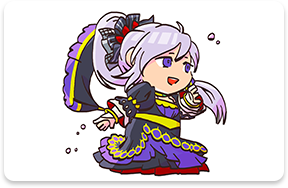 Ishtar normally wields a magic tome in battle. For her party look, however, her weapons are a goblet and a lethal smile! 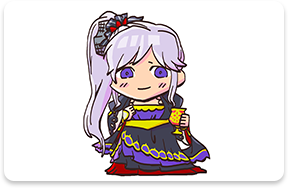 Prince of the Grannvale Empire. Was once a kind boy but suddenly came to have a cruel nature. Lover of Ishtar.

Formidable and admired mage knight in Friege’s army. Ever ready to lend an ear to his younger sister, Olwen. He has pledged his loyalty to Ishtar.