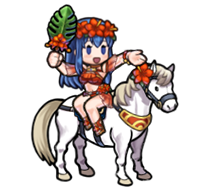 Lilina is a kind, friendly young girl who was raised by her doting father—Hector, the Marquess of Ostia. (He didn’t spoil her rotten, but he tried.) 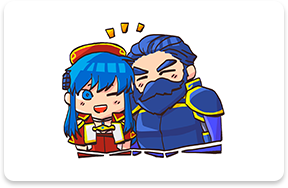 Lilina has a natural gift for magic, which she uses to support Roy and her other friends. Right now, though, she’s spreading the good vibes by joining the summer vacation! 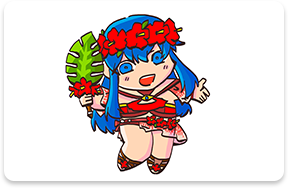 Red is Lilina’s trademark color, so naturally she’s wearing a red swimsuit for the beach. The floral wrap that she’s wearing really suits her, and so do the flowers in her hair! 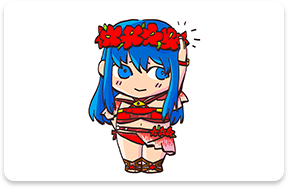 With that outfit, Lilina’s even cuter than ever…which to be honest, I didn’t realize was even possible. I hope the others don’t feel too left out when she draws a crowd! 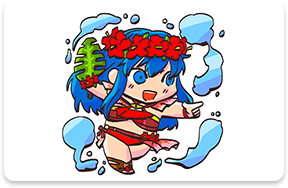 The son of Eliwood, Marquess of Pherae and talented leader of its army. A childhood friend and sworn ally of Lilina’s.