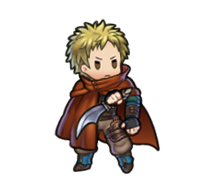 Chad’s a young thief, and he’s got a lot of grit for a boy of his age. There’s a reason for that, and sadly, it’s a rather unfortunate one. 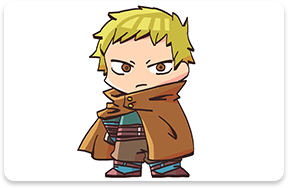 You see, a while back, Chad used to live in an orphanage, where he spent his days in calm surroundings with his friends, Raigh and Lugh, and a kindly old caretaker. 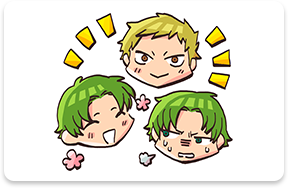 But those peaceful days were shattered when Bern’s army attacked the orphanage, with Chad’s caretaker dying during the attack. Chad swore vengeance and fled. 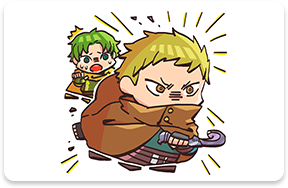 Later on, he joined Roy’s army to fight against Bern. Chad has had a difficult lot in life, with his childhood ending before it had even begun. I hope that one day, his wounded heart will begin to mend… 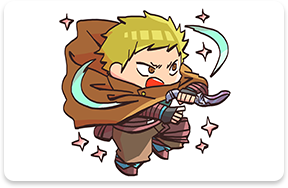 A boy from an orphanage. Raigh’s twin brother. He’s cheerful and tender-hearted. Brought up in the same orphanage as Chad.

Wielder of dark magic. A scornful loner with a troubled past as an orphan. Brought up in the same orphanage as Chad.