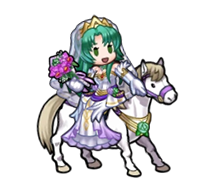 Etruria’s Mage General Cecilia is rushing to the battlefield of the bridal festival! And in true festival style, she’s wearing an eye-catching bridal outfit! 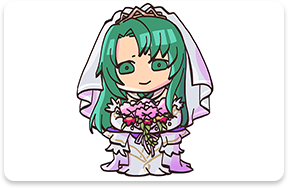 An expert both in magic and in warfare, Cecilia’s intellectual nature is accentuated by the addition of a purple sash to her outfit. 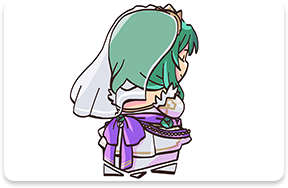 She’s also carrying a bouquet, which is made up of cattleya flowers—a refined choice that really suits her elegant look! 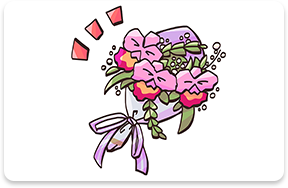 As the Mage General of Etruria, Cecilia bears a heavy duty and works tirelessly for her country. But I’m sure she can make just a little time for herself to have fun at the bridal festival! 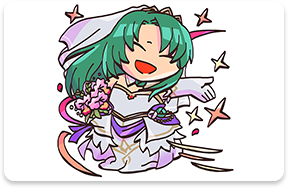 A noble of Ostia with a natural gift for magic. Roy’s friend since childhood. Cecilia’s student.

Knight General of Etruria who works alongside Cecilia. A model knight, he has undivided loyalty to his kingdom.