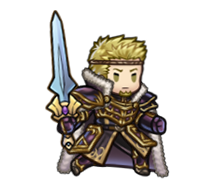 Bern, the eastern kingdom of Elibe, is a mighty military nation with a great many wyvern knights under its command. Standing at the peak of power and prestige in Bern is none other than its king: Zephiel! 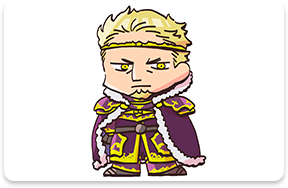 Zephiel was born the heir to the previous king, Desmond. He was shrewd and clever from an early age, and he was a kind big brother to his sister, Guinivere. 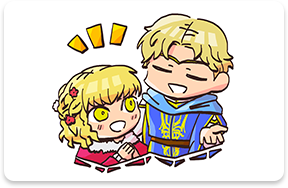 However, once Zephiel took the throne, he seemed to transform into someone completely different. Taking the royal sword Eckesachs in hand, he used strange draconic powers to invade Bern’s neighboring countries! 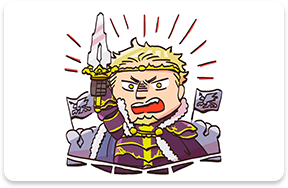 I don’t know why Zephiel changed the way that he did, but I suspect that he’d been keeping this ambition of his a secret for a long time. Do you think maybe one day he’ll go back to being the kind soul he used to be? 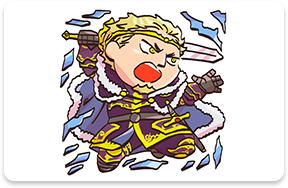 Transformed into a Demon Dragon and sealed during the Scouring. She was awoken by Zephiel and serves him so he may realize his ambition.

Princess of Bern and Zephiel’s younger sister. When her brother suddenly changed, she took the Fire Emblem, another of the royal treasures, and fled the kingdom, hoping to find a way to stop him.