Fir is a swordswoman who hails from Sacae. Her mother was also a gifted sword fighter, and aspiring to be just like her, Fir set out on a journey to hone her skills. 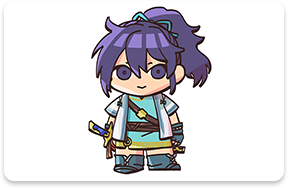 During her travels, Fir found work as a mercenary for some pirates, though she didn’t realize what she was getting into. This brought her into conflict with the Lycian League’s forces—and so, she ended up crossing blades with Roy and his allies. 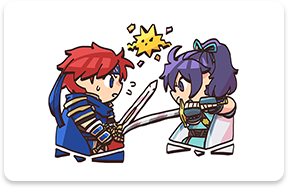 But while they might have been foes by circumstance, things changed when Fir recognized Noah, an old comrade of hers. Realizing that the Lycian League was not her enemy, she sheathed her sword and joined their ranks! 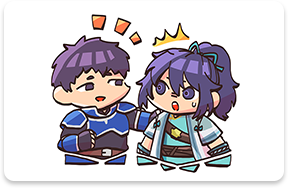 Fir trains hard to become a true sword master one day. With her graceful moves and keen eye, I’d say she’s practically there! I’m rooting for you, Fir! 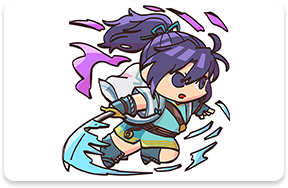 An outpost warrior who went on a journey to find his beloved daughter, Fir.

An Ilian cavalier who joined the Lycian League and fought alongside Roy and his allies. Met Fir at an arena, where he trained her in the art of combat.

The son of Eliwood, Marquess of Pherae. Talented leader of Pherae’s army. He gets to know Fir after she joins the Lycian League.