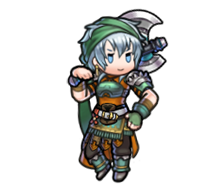 On the Western Isles of Elibe, there’s a incredible woman they call their hero—stronger than any among them, and with a kind heart to match. Yes, it’s Echidna!

The Western Isles were ruled under the iron fist of a cruel lord, and villains plagued the land. To help the suffering commonfolk, Echidna led the resistance against their oppressors. 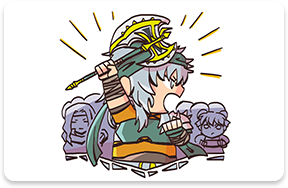 When Roy eventually came to the isles, leading the army of the Lycian League, Echidna worked with him to defeat the local lord and send him packing. Nice going, Echidna! 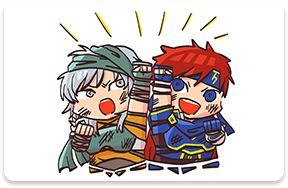 Echidna fights for the weak against their oppressors. If we can count on the Hero of the Western Isles to fight alongside the Order of Heroes, we’ll be a hundredfold stronger! 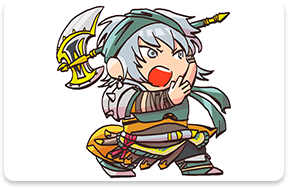 A cheerful dancer who belongs to the resistance of the Western Isles. Adopted daughter of Douglas, Great General of Etruria. She is Echidna’s ally.

A bard who also serves as tactician for the resistance. Quiet yet shrewd. He is Echidna’s ally.