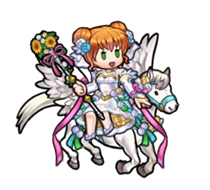 Larum’s a dancer who brought the Western Isles of Elibe to life with her moves, but today, she’s making her debut at the bridal festival in her new bridal outfit! 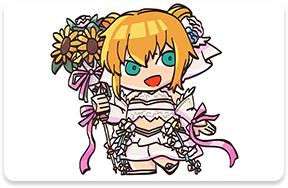 You might think that’s a staff she’s holding, but it’s actually a bouquet stand. Check out those cheerful sunflowers at the top! 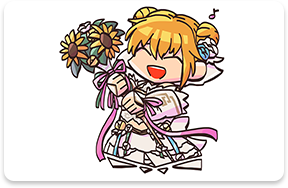 Meanwhile, Larum’s outfit features a dynamic design that focuses on ease of movement—just the thing for a dancer! The miniskirt is covered by a transparent top layer, giving it an eye-catching visual effect. 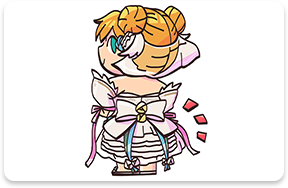 Larum brought the party to the bridal festival, and now she’s even started dancing for the crowd! I’m sure her performance will only add to the excitement of the festivities! 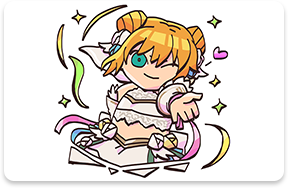 Resistance leader of the Western Isles. She’s highly capable and many rely on her. Larum’s ally.