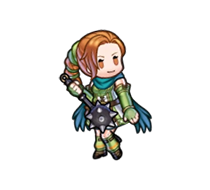 Here’s Cath, a cheerful, happy girl from Elibe! …Or at least, that was my first impression. In truth, she’s a streetwise master thief, and she has her sights on the nobles’ treasure vaults! 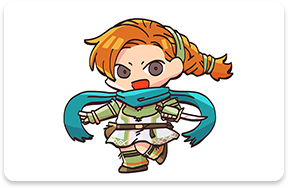 Cath despises war, and that’s actually the reason why she targets nobles and their hoards of riches. In her eyes, they were always the ones to start wars. 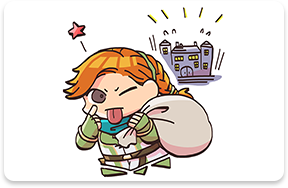 One day, she encountered Roy of the Lycian League. At first, she hated him for being a noble, but she took an interest in him when he spoke to her on the battlefield…though it took a few conversations for them to see eye to eye. 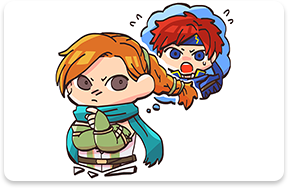 Roy told Cath that he would bring a swift end to the war and bring back peace. Hoping to ascertain the truth of his words, Cath joined the Lycian League’s army! 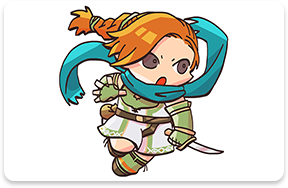 The son of Eliwood, Marquess of Pherae. Talented leader of Pherae’s army. Recruits Cath after meeting her on the battlefield.

An outpost warrior who went on a journey to find his beloved daughter, Fir. Reminds Cath of her father.