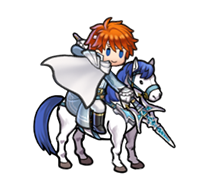 Here’s Eliwood, right when he officially inherited the title of Marquess Pherae from his father, Elbert! Doesn’t he look magnificent? 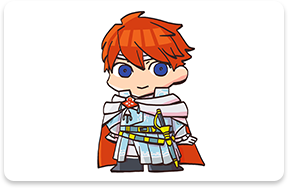 Elbert had gone missing, so Eliwood embarked on a quest spanning all of the continent of Elibe to find him. And it was during this journey that he discovered a heinous plot that threatened the entire realm! 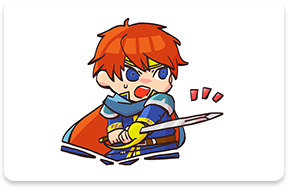 With his friends by his side, Eliwood managed to thwart the evil that threatened Elibe. Sadly, war is heartless. Eliwood’s victory came at the loss of some of those dear to him—not least his father. 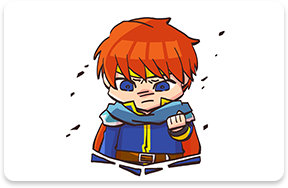 The Lycian League had been ruined by the turmoil, and so Eliwood set out to rebuild. During his struggle, he’d acquired true strength within, and that will surely help him guide his friends to a brighter future! 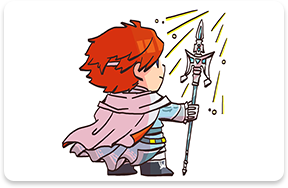 The son of Eliwood, Marquess of Pherae
and later talented leader of its army.