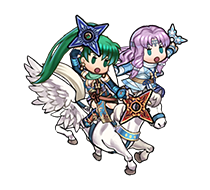 Here’s Lyn, the lady of Caelin! And here’s Florina, the rising young pegasus knight of Ilia! Together, they’re an elite ninja duo and the best of friends! 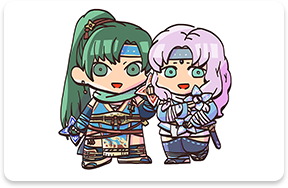 Lyn’s ninja outfit has a design reminiscent of her upbringing in Sacae. The shuriken she’s carrying are another callback to her roots, featuring the same colors as her treasured swords, the Mani Katti and the Sol Katti! 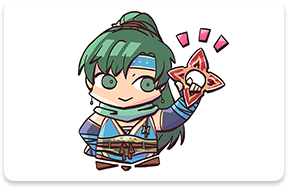 Meanwhile, Florina’s costume is light, with a white-and-blue theme. In keeping with her background as a pegasus knight, the blades of her shuriken are designed to look like pegasus feathers! 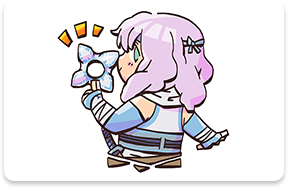 Lyn’s powerful yet stylish appearance and Florina’s gentle, innocent look complement each other perfectly. They both make great ninja! 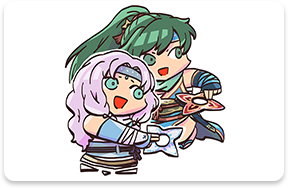 Eliwood’s friend and brother of the Marquess of Ostia. Prefers action to court formality. Lyn’s comrade.