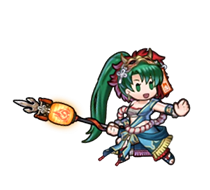 Joining us all the way from the plains of Sacae in Elibe, it’s Lyn! She’s here to represent the Lorca at the festival of flames! 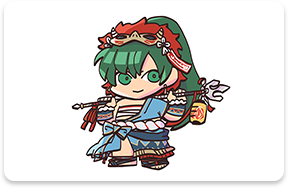 Here’s her outfit for the event—a bold and daring number crowned with a glaring demon mask that’s almost fierce enough to steal the show! 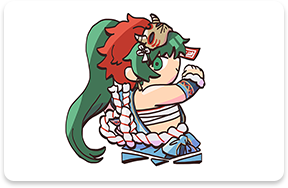 She’s also carrying a trident, which has a lantern decorated with Flame Tribe patterns hanging from it. That design really shows off the tribe’s unstoppable passion! 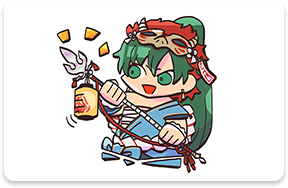 The wind was always Lyn’s ally during her time as a nomad, but this fiery new look suits her just as much! I can’t wait to cheer her on from the crowd! 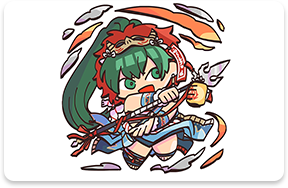 Eliwood’s friend and brother of the Marquess of Ostia. Prefers action to court formality. He and Lyn formed a fellowship with Eliwood.