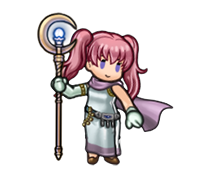 Today, I’ll be introducing you to Serra, a cleric who serves House Ostia! Compared to other members of the clergy, she’s more high-spirited than most! 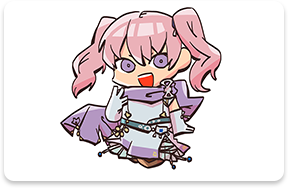 When Hector, brother of the Marquess of Ostia, set out on a journey to help his friend Eliwood, Serra joined him. 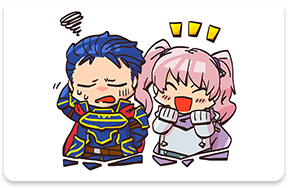 While I’m sure Hector and friends appreciated the support, apparently traveling with her wasn’t always pleasant. From what I hear, she can be relentless, and she’s more than willing to give people a piece of her mind. 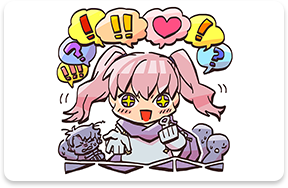 Still, I like to think some of that energy of hers went toward helping her allies! Hopefully, she’ll keep things lively here in Askr as well! 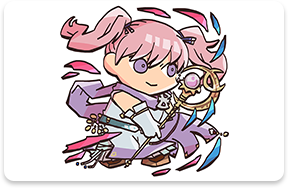 Eliwood’s friend and brother of the Marquess of Ostia. Prefers action to court formality. His travels with Serra got off to a rocky start.

Happy-go-lucky spy who’s actually quite sly. Serves Hector, brother of the Marquess of Ostia. Like Serra, he joins Hector on his journey.

Etrurian mage and disciple of Pent who rose to the challenge of serving as Serra’s escort.