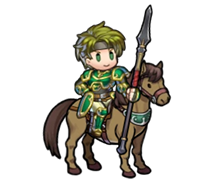 Today I’ll be introducing you to Sain, a knight of the Lycian League’s House Caelin. He may seem like something of a rascal at first, but he’s a true knight who’s dedicated to his duty! 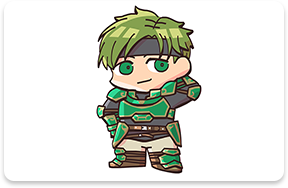 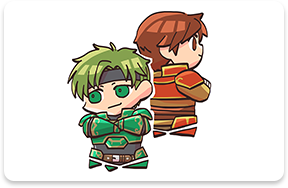 Upon their arrival at the trading city of Bulgar, Sain was taken with a young woman he saw passing by, and approached her. By some strange coincidence, it was none other than Lyn! 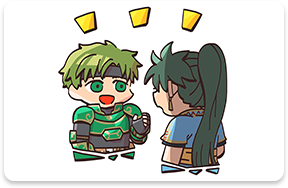 Sain went on to fight to protect Lyn as she was plunged into a political conflict. And so, the gallant-if-flirtatious knight continued to serve, all for the smile of his lady! 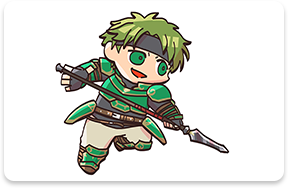 A woman who grew up on the plains before learning she is nobility of Caelin. Served by Sain.

A straightforward and stern knight of Caelin. Appointed to be commander of Caelin’s knights at a young age. Sain’s partner.

Youngest of three sisters who are Pegasus Knights of Ilia. Shy, gentle girl who loves animals. Fights alongside Sain and Kent to support Lyn.