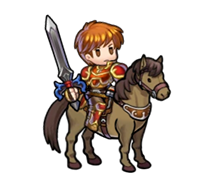 Here’s Kent, a knight of the Lycian League’s House Caelin! He’s something of an intellectual with a stern disposition to match. Needless to say, he’s quite the reliable Hero. 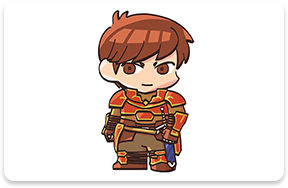 A trusted servant of the marquess, Kent was sent with his friend Sain to the plains of Sacae. There, they were to search for the marquess’s daughter, who had eloped with a nomad youth, as well as the missing lady’s daughter—Lyn. 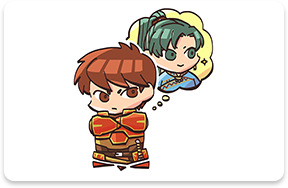 Working with the carefree Sain didn’t exactly make the job a straightforward one, but Kent was eventually successful in finding Lyn, the marquess’s granddaughter. And he also saved her from an assassin sent by the marquess’s brother! 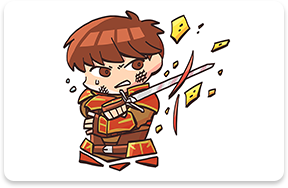 Touched by Lyn’s noble character, Kent pledged his loyalty to her. And so, the steadfastly loyal knight continued to serve, to see the day that his lady was safe at last! 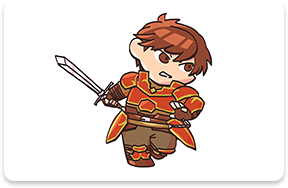 A woman who grew up on the plains before learning she is nobility of Caelin. Served by Kent.

An impulsive and playful knight of Caelin. Despite his age, he was appointed to be subcommander of Caelin’s knights. Kent’s partner.

Youngest of three sisters who are Pegasus Knights of Ilia. Shy, gentle girl who loves animals. Fights alongside Sain and Kent to support Lyn.