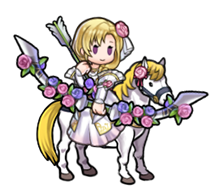 Louise is well known for her radiant smile and her kind-hearted nature, and I’m sure more than a few people would see her as the perfect blushing bride. Well, here she is in her wedding dress! 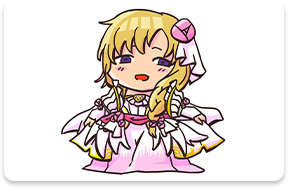 This might be a good time to point out that she’s already married, though. Her husband is none other than Pent, Count Reglay of Etruria, and they’re so lovey-dovey that nothing can separate them! 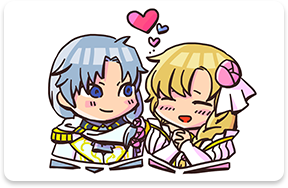 I wish I could have been there for the wedding. With her golden locks and pristine dress, she looks like a goddess come down from the heavens! 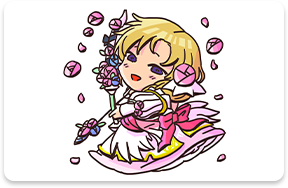 Together, Louise and Pent made a warm, loving home where they raised some wonderful children. They’re almost too perfect! 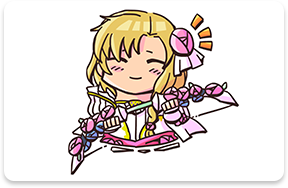 Louise’s husband. Pent is the head of House Reglay of Etruria, and he’s also the Mage General of the kingdom’s army. Louise and Pent are taking part in the bridal festival dressed as a bride and groom.

Louise’s son. He’s a young general serving in the Etrurian army who treats people with kindness and respect regardless of social standing.

Louise’s daughter, a noblewoman belonging to House Reglay of Etruria. She can be rather naïve and overbearing at times, but she truly loves and respects her brother, Klein.