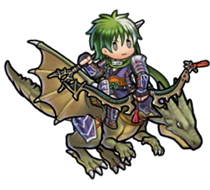 Here’s Heath, the wyvern-riding mercenary who’s devoted to his ideals. For this appearance, he’s dressed up in a fabulous ninja outfit, with armored details that nail the look! 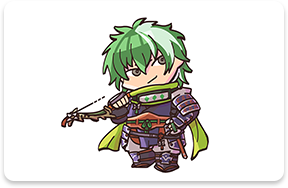 It goes without saying that the standout feature of Heath’s outfit is that big, green scarf! His ninja-themed accessories, like the short sword and the shuriken decorations, really tie the look together. 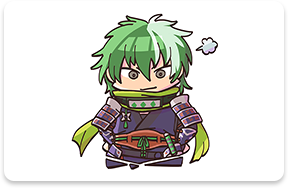 For this outing, Heath’s weapon is a bow with a dragon-wing design. I wonder if it was inspired by Hyperion, his wyvern partner? 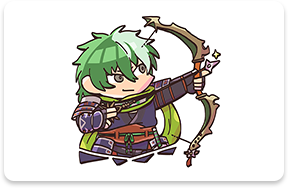 I guess Hyperion must be coming with him on his ninja missions! “Heath, the High-Flying Ninja!” It’s got a nice ring to it! 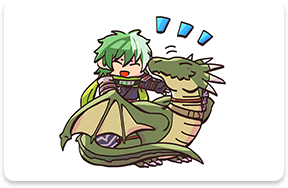 A former wyvern rider of Bern. After being accused of starting a false rebellion, she flees the army, taking the rest of her unit with her. She was once Heath’s commander.