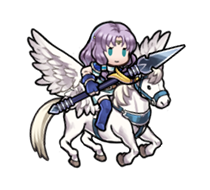 Florina’s a pegasus knight in training from Ilia, one of the lands of Elibe. She can be a little shy and withdrawn, but don’t let that fool you—she’s determined and dedicated to her duty! 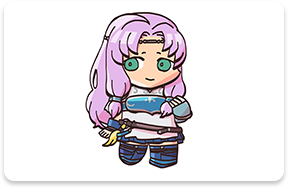 Florina is one of three sisters—you might have already heard of her older sisters, Fiora and Farina. She always wanted to be a great pegasus knight just like them, so as soon as she was ready, she left Ilia and set off for the plains of Sacae. 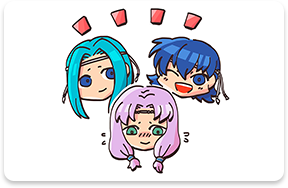 There, she made friends with Lyn, a member of Caelin nobility. Later, after hearing that her new friend had set off on her own journey, Florina rushed to join her. 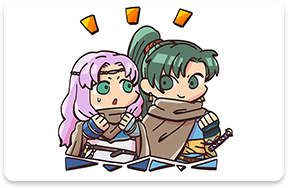 Florina continued to support Lyn on the dangerous path she walked. Though there were many tears along the way, Florina grew into a true pegasus knight, far from the timid girl she was when she set out from Ilia! 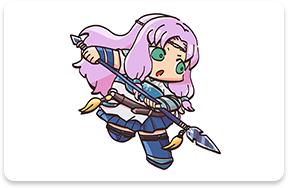 A woman who grew up on the plains before learning she is nobility of Caelin. Florina’s friend.

An Ilian pegasus knight; younger sister to Fiora and older sister to Florina. Her pragmatic worldview can sometimes border on avarice.