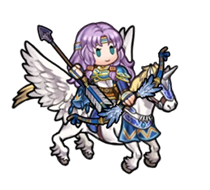 Florina comes from Ilia, a land famous for its mercenaries. She’s been working hard, day in and day out, to become a great pegasus knight like her sisters, Fiora and Farina! 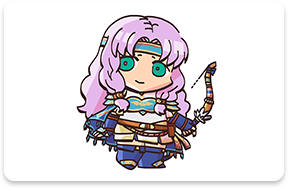 She’s a gentle girl who loves animals and has a very shy personality. She often got tongue-tied talking to boys, and for a while the only other person outside of her sisters she felt comfortable talking to was Lyn. 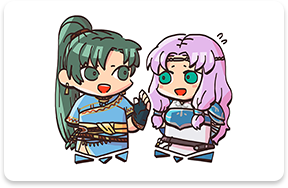 However, Florina grew and became much braver over the course of her journey with Lyn to confront the chaos that had erupted in Elibe. Naturally, she fought by Lyn’s side through a number of battlefields. 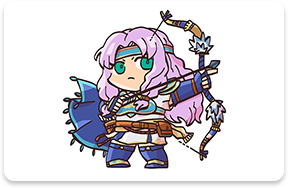 In fact, the weapon that she’s carrying here is a bow from Sacae, Lyn’s home. When she pulls the bow’s string taut, her heart swells with confidence—and nothing can stand in her way! 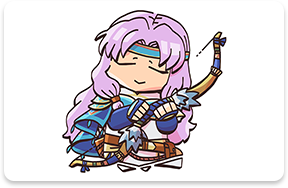 A woman who grew up on the plains before learning she is nobility of Caelin. Florina’s close friend.

An Ilian pegasus knight; younger sister to Fiora and older sister to Florina. Her pragmatic worldview can sometimes border on avarice.