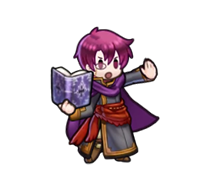 Canas is a scholar by nature who became a dark mage to further his studies of elder magic. He’s also the son of Niime, the so-called “Mountain Hermit” known to every mage in Elibe! 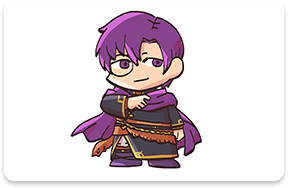 Canas was traveling to the Dread Isle for his research when he encountered Eliwood, who was himself headed for the Dragon’s Gate located there, and ended up accompanying him. 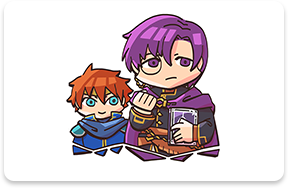 The name might be something of a giveaway, but the Dread Isle was a dangerous place. Still, Canas’s scholarly curiosity got the better of him, and he risked life and limb to delve deeper into the secrets of magic!

I’m told that Canas’s three older brothers were all lost to the darkness. But even though he knew the dangers, Canas still pressed on with his research into dark magic. I just hope his curiosity doesn’t send him over the brink too! 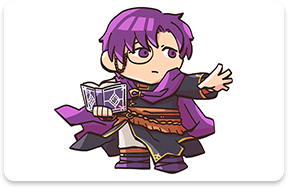 Scholar of dark magic and ancient dragons. Everyone in Elibe who knows anything about magic has learned her name as well. Canas’s mother.

Taking after his grandmother Niime, he traveled the world to research dark magic. His travels, however, led him to focus on anima magic. Canas’s son.

A sincere noble of Pherae. His friends Lyn and Hector serve him loyally. Recruits Canas as an ally.