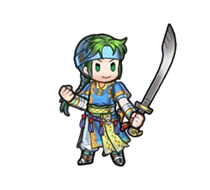 Introducing Guy, a young swordsman from the plains of Sacae in Elibe! He’s an energetic young Hero who trains without rest to be the greatest swordsman in all of Sacae. 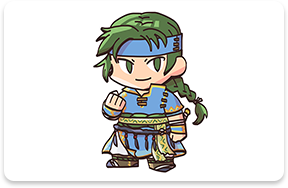 Guy left his home to chase his dreams, but along the way, he ran out of money and went hungry, eventually collapsing from starvation. That was when he was rescued by Matthew, a spy of House Ostia! 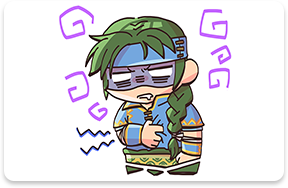 Afterward, Guy tried to make ends meet by working as a bodyguard for some bandits, only to run into Matthew again. After a bit of encouragement, he abandoned the bandits and helped Matthew instead. 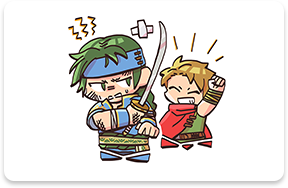 That’s how Guy came to be a member of Eliwood’s army, but as strange as those first steps were, these encounters helped him to grow. He’ll keep pressing on until the day he finally makes his dream come true! 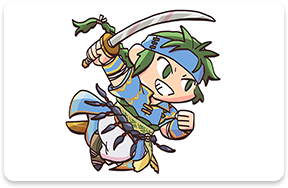 Happy-go-lucky spy who’s actually quite sly. Serves Hector, brother of the marquess of Ostia. Rescued Guy when he had collapsed from hunger.

A vicious swordsman from a family devoted to mastering the blade. Known as the Sword Demon. Guy looks up to him.