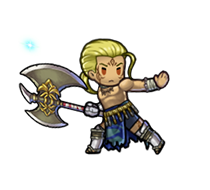 Hawkeye lives for a world where dragons and humans can live in harmony. As the guardian of the Nabata desert, which spans southwestern Elibe, he’s been keeping a watchful eye on the disturbances occurring nearby. 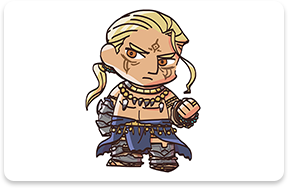 He’s also loyal to Athos, the Archsage. When Eliwood and his allies arrived at the desert, Hawkeye served as their guide and guardian, showing them the way to the village in the desert where Athos awaited. 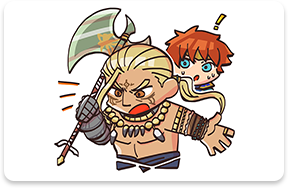 After joining Eliwood’s group, Hawkeye proved himself in battle. Though normally quiet and calm, he changes completely when battle breaks out, and will plunge himself into the fray with a mighty war cry!

Hawkeye is a solemn figure who believes his time is near—and so he keeps fighting his hardest to protect his allies and his young daughter. 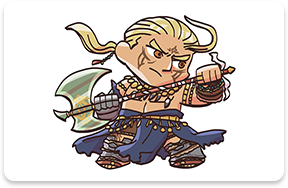 One of the Eight Legends, known as the Archsage. He is always watching over Elibe, and sees Nergal and his dark powers as a threat. Hawkeye’s master.

Daughter of Hawkeye and protector of Nabata. Although she has lost her family, she is stalwart in her duty.

A sincere noble of Pherae. His friends Lyn and Hector serve him loyally. He is guided by Hawkeye on his way to the village in Nabata.