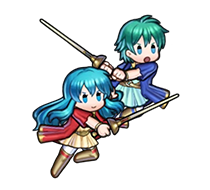 Here’s Eirika, the princess of Renais! That’s right, this time she’s been summoned to Askr from her childhood, and she brought her brother Ephraim with her! 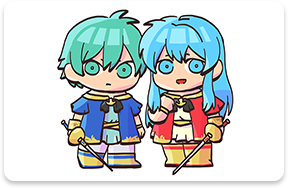 Eirika has a kind heart, and she’s willing to risk her own well-being to protect others. I hear that when she was around this age, she would often get upset over Ephraim’s insistence on protecting her and inevitably getting himself hurt. 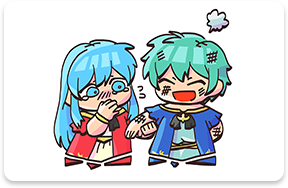 Ephraim later studied under Duessel of the Grado Empire, who trained him on the ways of the lance… But at this point in time, it seems he’s using a rapier instead. 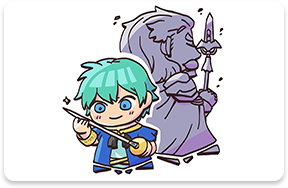 Despite being twins, the two have very different personalities. While Eirika is a gentle and noble princess, Ephraim is instead a dauntless fighter. That said, they both look out for each other in their own ways, and this close-knit bond they share hasn’t changed a bit since their childhood! 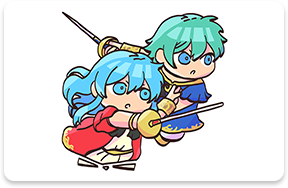 One of Grado’s oldest generals, he is known as the Obsidian, one of the Imperial Three. He teaches Ephraim how to use a lance during the young prince’s studies in Grado.

The prince of Frelia. Tana’s brother. He’s brash and arrogant, but good at heart. Friends with Eirika and Ephraim since an early age.

The princess of Frelia. Innes’s sister. Somewhat naive, but cheery and very sociable. Friends with Eirika and Ephraim since an early age.