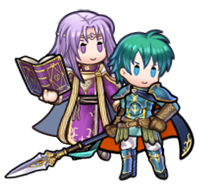 Ephraim, Prince of Renais, is well known for his bravery and valor. Meanwhile, Lyon is the Prince of Grado, who is known for his kindness and intellect. The two of them are firm friends! 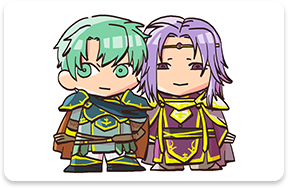 Ephraim’s the fighter, skilled with a lance and constantly honing his craft. Lyon, on the other hand, is the brains of this duo, and he spends his time looking for a way to use the Sacred Stone of Grado to benefit his people. In some ways, you could say they’re complete opposites. 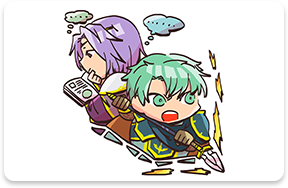 But they complement each other wonderfully, and both of them have grown with each other’s support. Together with Eirika, Ephraim’s sister, they would have been the future leaders of the continent of Magvel. 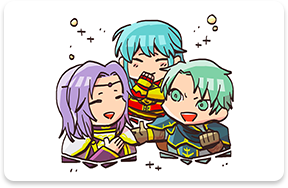 Little did they know, however, that there were dark clouds on the horizon… Well, I hope Ephraim and Lyon can stay close friends in Askr, and fight together to overcome any misfortune that comes their way! 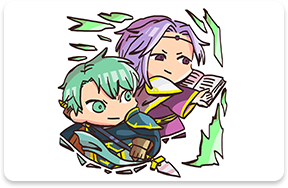 Princess of Renais. Ephraim’s twin. Cares dearly for her brother. Her kindness has sometimes put her in danger. Friend of Lyon, Prince of Grado.