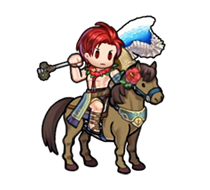 Seth is a general of Renais, who some call the Silver Knight. This appearance sees him wearing a swimsuit for the beach as he escorts Princess Eirika on her summer vacation! 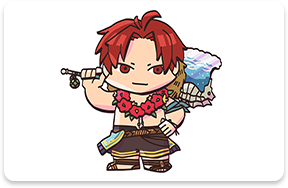 Even dressed like this, he looks just as gallant as he does on horseback in full armor! By the way, I’ve heard that lei around his neck was a present from Eirika! 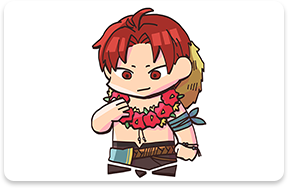 The axe he’s carrying features a seahorse design, and its blade is designed to look like a wave. It’s even made from glass to give it a transparent look! 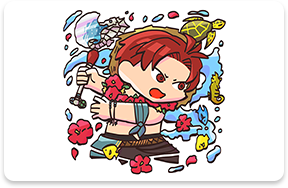 Even if he’s supposed to be on vacation, though, Seth’s still keeping his armor tucked away in the shade of a tree—just in case. I know your work’s important, Seth, but even you need to take a break every once in a while! 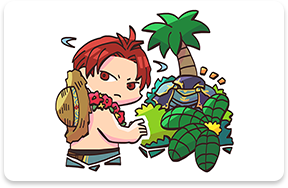 Princess of Renais. Ephraim’s twin. Cares dearly for her brother. Her kindness has sometimes put her in danger. As her knight, Seth is her servant and protector.

Prince of Renais. Eirika’s twin. Cares deeply for his sister. His confidence has sometimes put him in danger. Seth serves him as the royal family’s knight.