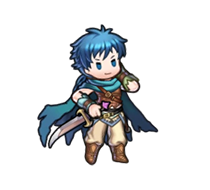 Here’s Colm! He’s a thief with a heart of gold who comes from Lark, a village in Magvel’s kingdom of Renais. 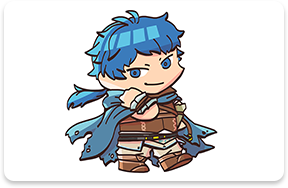 When his village was burned down by bandits, Colm turned to thievery to survive. Having picked up the tricks of the trade, he started picking locks in the bandits’ hideout, hoping to steal back his friend Neimi’s treasured keepsake. 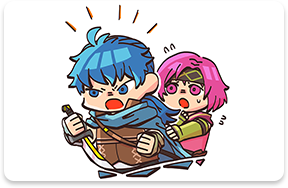 It was there that he met Eirika, the princess of Renais, who had heard about him from Neimi. With nowhere left to go, Colm and Neimi decided to join her army. 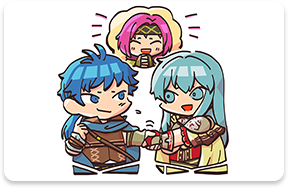 Colm continued to improve his skills with the help of some healthy competition from Rennac, a master thief. He looks out for others and refuses to ever give in—and I’d say that makes him a perfect fit for the Order of Heroes! 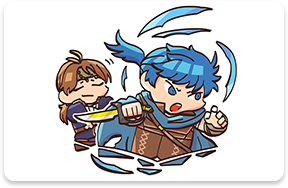 A hunter from Lark, a village in Renais. Joins the Renais military after bandits burn her hometown to the ground in the midst of war’s chaos. A childhood friend of Colm.

A thief forced to accompany L’Arachel on her adventures. Member of a wealthy merchant family and well-versed in the ways of the world. He goads Colm into proving his worth as a thief.