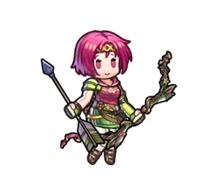 In the kingdom of Renais, one of the nations of Magvel, there was once a village called Lark. That’s where Neimi here comes from! She’s a skilled archer who’s been hunting her whole life. 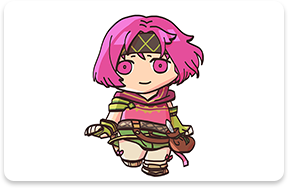 Neimi’s village was burned down by bandits during a raid, and her old friend Colm set off for the bandits’ hideout alone—leading a worried Neimi to ask Eirika for help. 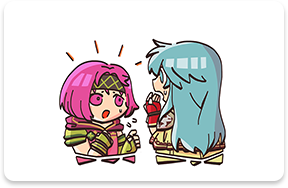 It was all to take back a keepsake of Neimi’s, a hand mirror from her mother that she treasures above all else. Though it was stolen by the bandits, and even went missing during another battle later on, Colm and her other allies always managed to get it back for her. 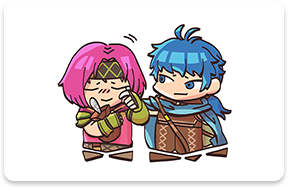 Neimi’s been through a lot, but she’s had kindness and support from others to see her through. I hope she knows that the Order of Heroes is looking out for her too! 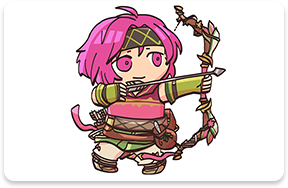 A thief from a village in Renais called Lark. Is daring enough to infiltrate the lair of the bandits who burned his village to the ground alone. A childhood friend of Neimi.

A monk from Renais. Serious and devoted to his faith. He finds the hand mirror after Neimi loses it on a battlefield.