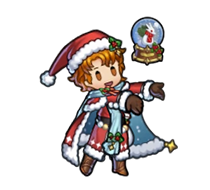 Artur’s coming to the winter festival! He’s a monk from Renais who’s on a mission to purge monsters from the land, but today he’s taking a little time out to bless the festivities! 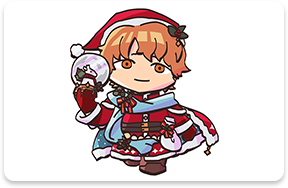 And he’s certainly doing it in style, what with that splendid red robe he’s wearing. The snowy inside of Artur’s cape matches the color of his scarf, which helps to make his outfit really pop. Not that it’d distract me from that sack full of presents! 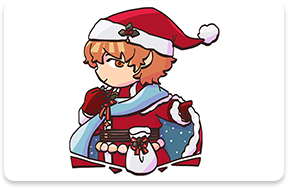 But let’s leave that for now, and instead take a look at the little figure inside the snow globe he’s carrying. Does it look familiar? That’s right, it’s Genarog, Cormag’s wyvern mount! 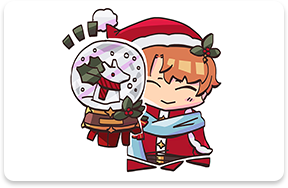 I hear Artur’s old friend Lute will be attending too. I hope they get the chance to catch up amid the fun in the snow at Askr’s winter festival! 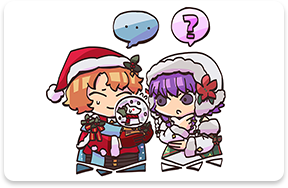 A young mage of Renais with an unusual temperament. Confident in her abilities. A friend of Artur’s since childhood.

A wyvern knight of Grado and younger brother of the Sunstone, Glen. Although he left his army behind, he fights with love and pride for his homeland. His wyvern befriends Artur.