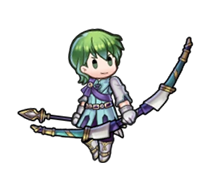 Does this boy look familiar? You might recognize that sharp look in his eyes, or perhaps his self-possessed demeanor. You guessed it—it’s Innes, prince of Frelia! It looks like he’s been summoned to Askr from a moment during his youth. 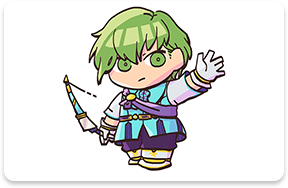 As a young boy, Innes was already familiar with Ephraim and Eirika of Renais. In fact, he saw Ephraim as a rival even back then! 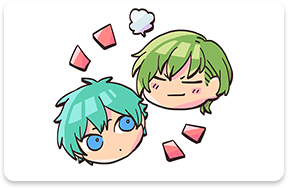 People often think of Innes as cold, but here we can see him worried about his adventurous sister, Tana. There was even one time when Tana lost their father’s crown, and Innes kept her from getting into trouble by going to look for it himself! He went looking for the crown, of course, not the trouble! 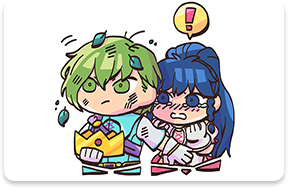 Innes is proud and intelligent, and I think people tend to misunderstand him. Well, now’s his chance to show how caring and considerate he’s always been! 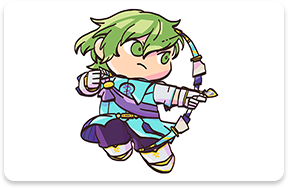 Prince of Renais. Eirika’s twin. Cares deeply for his sister. His confidence has sometimes put him in danger. He and Innes knew each other as children.

Princess of Renais. Ephraim’s twin. Cares dearly for her brother. Her kindness has sometimes put her in danger. She and Innes were friends as children.