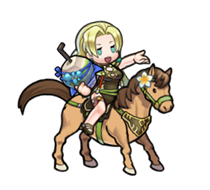 Making her way to Askr is Selena, one of Grado’s six Imperial Generals! She’s a resolutely loyal, high-ranking officer whom some also call the Fluorspar. 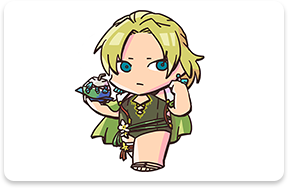 Selena was born into an impoverished village that owed its survival to an act of kindness by Emperor Vigarde of Grado. She became a knight in order to serve him and repay the good deed, and such was her dedication that eventually, she reached the ranks of the Imperial Three! 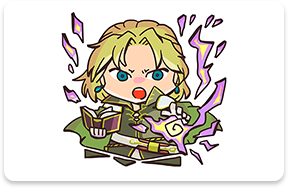 It seems she’s been granted leave to take a vacation, which explains her fashion—you didn’t think Grado’s generals always wore swimsuits, did you? Anyway! Doesn’t she look stunning? 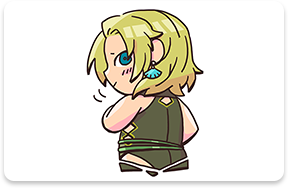 Even when Vigarde succumbed to a tragic fate, Selena’s loyalty was unwavering, and she continued to fight for him to the bitter end. I hope that her knightly spirit blazes just as brightly in the Askran sun! 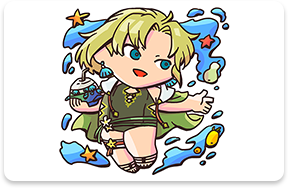 A manakete who is much older than her appearance suggests. She’s shy but oddly attached to Ephraim. She was imprisoned by the Grado Empire, but later freed by Selena.

Prince of Renais. Eirika’s twin. Cares deeply for his sister. His confidence has sometimes put him in danger. After freeing Myrrh, Selena entrusts her fate to him.