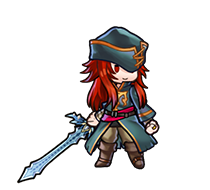 Today, I’ll be introducing you to Joshua, the wandering mercenary! He’s incredibly talented with a sword, and with his passion for gambling, I suppose you could say he’s quite the rogue. 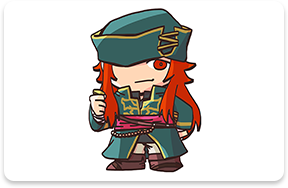 Joshua was hired by the Grado Empire to hunt down Natasha. When he finally tracked her, he challenged her to a little wager. 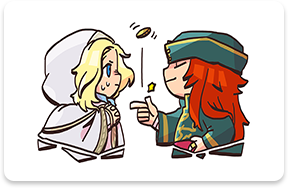 In a surprising turn of events, Natasha won! Having lost the bet, Joshua turned on Grado and instead fought to protect Natasha, his former target. 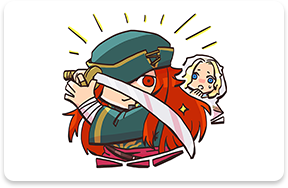 Joshua may be a rogue, but he always honors a bet. And so, he continues on, his path laid out for him by the flip of a coin. 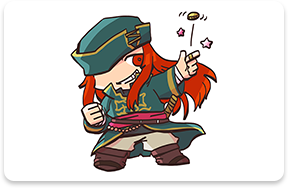 A gentle cleric from Grado, and a woman of beauty and grace. She was helped by Joshua during her journeys.

The Tiger Eye of Grado’s six generals. Rose from mercenary life doing whatever it takes to achieve his goals. Formerly an ally of Joshua’s.