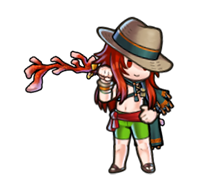 Well, who’s this dashing Hero? It’s none other than Joshua, and this time, he’s arrived in tropical style! 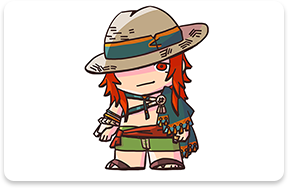 Back in Magvel, Joshua was best known as a wandering mercenary, though he was secretly the missing Prince of Jehanna. After his return to the kingdom, he heard his mother’s dying wish, and set out to defeat the Grado Empire. 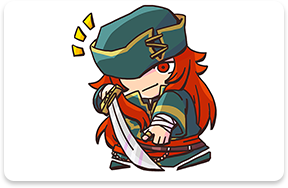 Joshua usually wields a sword, but this time he’s carrying a bow made from coral! If he’s anywhere near as good with a bow as he is with a blade, I think we can expect a lot from him! 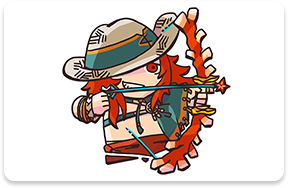 He also loves games of chance, and to him, being on vacation is no excuse to turn down the thrill of a wager. Well, I hope he doesn’t get too carried away! 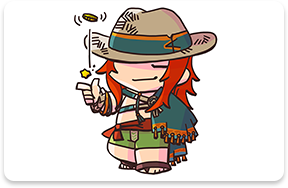 A veteran soldier who leads his own mercenary band, Gerik’s Mercenaries. He’s the commander of Tethys, Ewan, Marisa, and others. His talents impressed Joshua, who asked him to come to the aid of Jehanna.

An aloof swordfighter in a mercenary group led by Gerik. Her nom de guerre, Crimson Flash, strikes fear in others. After competing with Joshua in a bet, he asks her to be his partner.