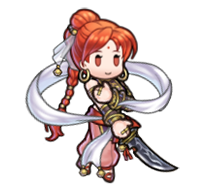 Gerik’s mercenaries operate out of the Kingdom of Jehanna. Among this crew of hardened soldiers is the dancer Tethys, whose poise and grace stand out all the more amid unusual company! 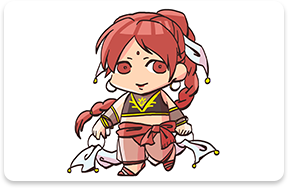 At an early age, Tethys was abandoned by her parents and left alone to look after her little brother Ewan. Her childhood was a series of struggles… 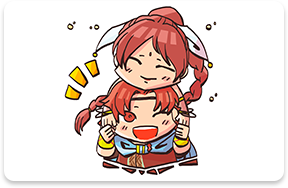 But one day, she saw a dancer on a street corner, and learned how to dance just by watching her and memorizing her moves. Eventually, she mastered the techniques to revitalize allies on the battlefield and joined Gerik’s band of mercenaries! 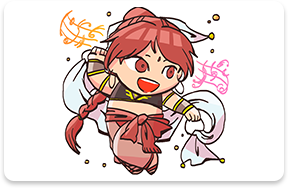 Now Tethys is an accomplished dancer in her own right, and she oozes with a sophisticated, grown-up charm. Her complicated life has given her a wealth of experience, which I hear comes in handy when people come to her with worries about romance… Ooh, I hope I’ll get the chance to chat with her one day! 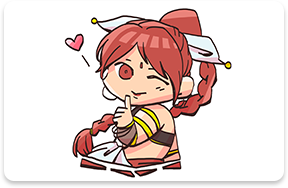 Known as the Desert Tiger, this accomplished warrior is the leader of a band of mercenaries. He cares about his soldiers and will never abandon a friend. He relies on Tethys.