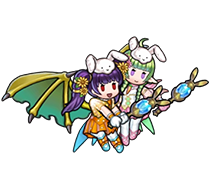 We’ve got an adorable pair of visitors coming to the spring festival! Here’s Myrrh and Nah, who’ve crossed worlds to fight alongside each other! 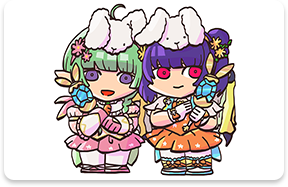 They’ve come dressed in some fantastic outfits to bring some bright and breezy cheer to the festival. Look at those cute, fluffy bunny hats they’re wearing! 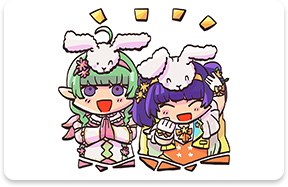 They’ve also brought bunny-ear-themed wands, each embedded with a dragonstone. Just one shake of their wands, and poof! Dragons! 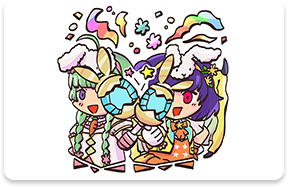 What could be cuter than a pair of dragons dressed up as bunnies? I can’t wait to see what they get up to this spring festival! 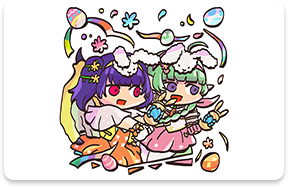 Sage of Caer Pelyn, come to celebrate in the spring festival. Also Ewan’s teacher. He takes Myrrh with him on a journey.

Prince of Renais. Eirika’s twin. Cares deeply for his sister. His confidence has sometimes put him in danger. He protects Myrrh after she ends up lost and alone.