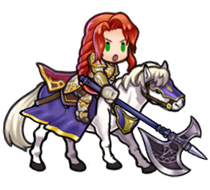 The Greil Mercenaries operate out of the kingdom of Crimea, with the formidable Titania as their second-in-command. She made a name for herself when she was a Crimean knight! 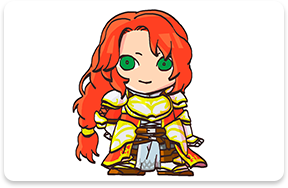 Titania’s been with the Greil Mercenaries since the beginning, and she’s also been a mother figure to Greil’s children, Ike and Mist, who lost their real mother at an early age. 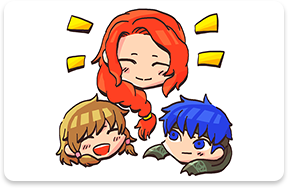 Titania held Greil in high esteem, and when Ike inherited command of the group, she gave him her full support, seeing much of Greil in him. 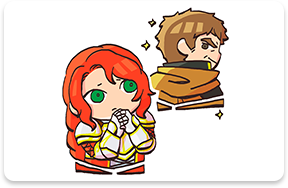 She’s tough, kind, and loyal, and as the Greil Mercenaries’ second-in-command, she’ll always be there to protect her friends! 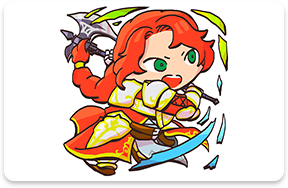 The first leader of the Greil Mercenaries. Father of Ike and Mist. Will meet his family again at the Day of Devotion festival. Titania holds him in high esteem.

A kindhearted but stoic young man who has taken command of his father’s mercenary band. During his childhood, Titania was like a mother to him.

Ike’s younger sister. Active and cheerful, and takes care of the Greil Mercenaries. Titania was like a mother to her growing up.