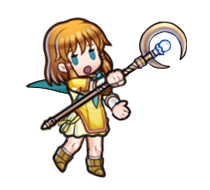 There’s a delicate flower blossoming among the hardened warriors of the Greil Mercenaries… Yes, it’s Mist, the beloved daughter of Greil himself! 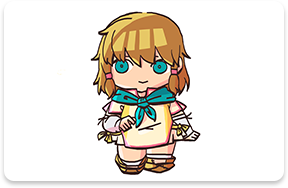 Mist once worked behind the scenes of the Greil Mercenaries, helping the group out with day-to-day essentials. But when war came to Crimea, she found herself swept up in the fighting. 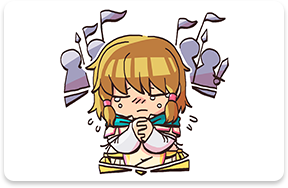 Mist always hated conflict, but she did her best to keep her brother Ike safe, with the medallion left by her mother and her healing staff in hand. 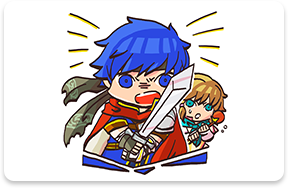 She doesn’t only look out for her allies, either—she’s caring and considerate toward her adversaries as well. I’m sure that there’s all sorts of people out there just waiting for someone as kind as her to reach out! 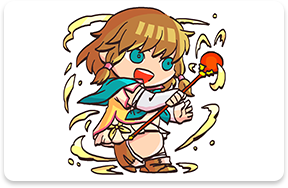 A kindhearted but stoic young man who has taken command of his father’s mercenary band. Mist’s older brother.

The first leader of the Greil Mercenaries. Father of Ike and Mist. Will meet his family again at the Day of Devotion festival.

Deputy commander of the Greil Mercenaries. An idealistic former knight who values honor. She’s like a mother to Mist.