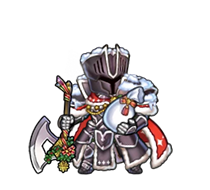 Who’s this popping out of a village house with a sack of presents over his shoulder? …Wait, I know that armor! It’s the Black Knight, and he’s here to deliver presents for the winter festival! 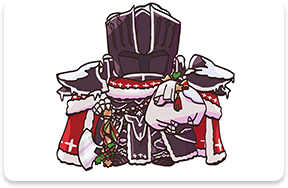 As always, the Black Knight has an eye-catching look. His trademark black armor remains the same, but he’s covered it with winter festival decorations! 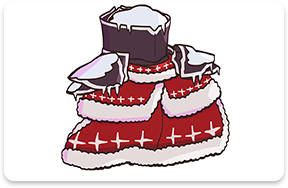 There’s one other difference too: this time, he’s armed with an axe based on his signature weapon, the holy sword Alondite! I bet one swing of that axe will be enough to clear his path of even the heaviest snowfall! 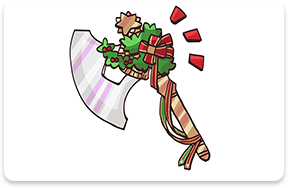 For this winter festival, the Black Knight might just be showing us a whole new facet of himself. I suppose even the most mysterious of Heroes may have a playful side! 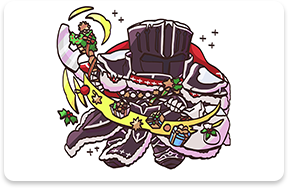 The first leader of the Greil Mercenaries. Father of Ike and Mist. Taught the Black Knight his swordsmanship.