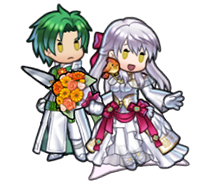 Micaiah and Sothe from the Dawn Brigade have come to join the bridal festivities! The two are like brother and sister in many ways, but seeing them together like this, they look almost like a married couple! 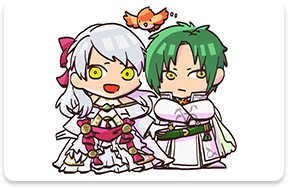 Some say that Sothe is like a zephyr, and his soft, white groom’s outfit really makes him look the part! He’s even more dashing than ever! 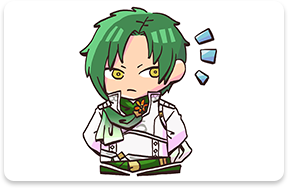 Micaiah, meanwhile, looks truly elegant in her dress, which uses a light, diaphanous material to great effect. She looks just like a princess! 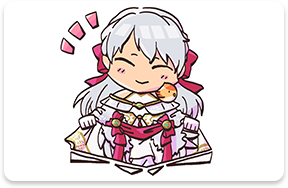 If the two were to fall in love one day and have a wedding of their own, what do you think it’d be like? Hee hee! It’s fun just thinking about it! 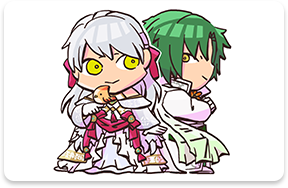 Queen of Hatari, a desert nation spoken of mostly in legend. Her eye patch conceals an evil eye. She cooperates with Micaiah.

One of Daein’s Four Riders. An enigmatic knight encased in pitch-black armor. He cooperates with Micaiah.