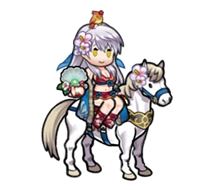 Micaiah has come to visit a tropical island in her fabulous summer outfit! She’s part of the Dawn Brigade, a band of rebels who fight for Daein, and has mysterious powers, like the ability to heal the wounded or see into the future. 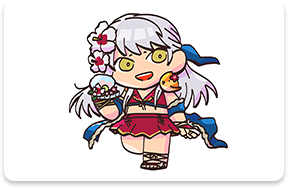 I planned to ask what brought her here, but her stunning fashion sense took my breath away before I could utter a single word! Here’s her summer swimsuit, which borrows from the red traveling attire and blue shawl she normally wears. 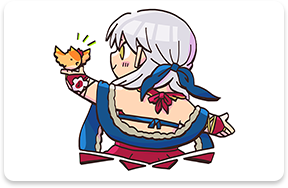 The oyster shell and white hibiscus accessories she’s wearing are just too cute! And if you look closely, you’ll see that her bird companion Yune has a red hibiscus too! 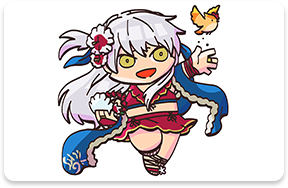 Micaiah says she’s a little bashful about letting Sothe see her in this outfit. But now that she’s here, I’m sure she can foresee a memorable summer vacation ahead! 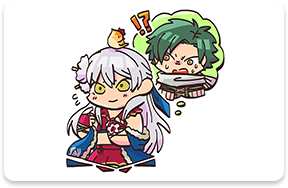 A thief for the Dawn Brigade. He generally shows little interest in others but tends to be overprotective of Micaiah, who’s like a sister to him.

Empress of Begnion. Known as the Apostle, voice of the goddess. Young but dutiful ruler. She is Micaiah’s sister.