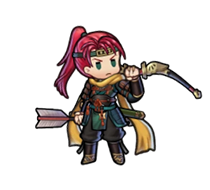 Here comes the finest archer in all of Tellius as you’ve never seen him before! Shinon of the Greil Mercenaries is coming to join the ninja festival! 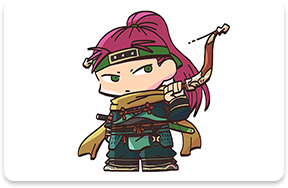 Shinon is inseparable from his bow, and he’s making no exceptions for the festival. He might be playing the role of a ninja today, but he won’t let you forget that he’s still a talented sniper who can shoot an arrow through the eye of a needle! 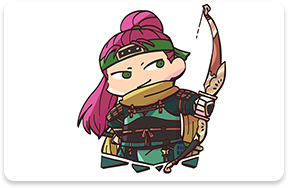 His attire, meanwhile, features the woodland colors of leaves and tree bark to lend him some camouflage. If he were hiding in the forest, you’d have a heck of a time finding him! 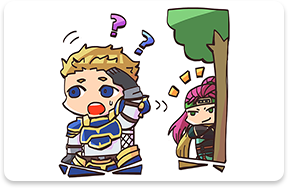 Shinon didn’t seem to care much for participating in the festival at first, but judging by his outfit, I’d say he was more eager than he let on! There’s no need to hide it, Shinon—I know you’ll have lots of fun! 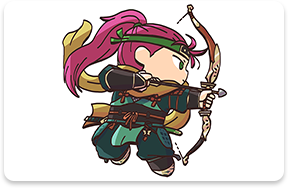 A knight with the Greil Mercenaries. Easily excited, he flirts with women at every turn but suffers rejection just as often. One of Shinon’s juniors.

A member of the Greil Mercenaries and the younger brother of Oscar and Boyd. One of Shinon’s juniors.

A kindhearted but stoic young man who has taken command of his father’s mercenary band, of which Shinon is a member.