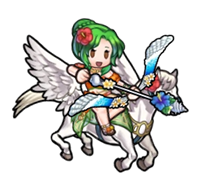 Elincia, the queen of Crimea, has come to join us on vacation! Just one look at the pristine beaches was enough to lift her spirits! 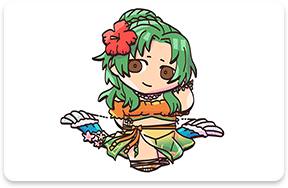 For this outing, she’s wearing a vibrant orange swimsuit that matches the color of her armor! Her classic look does lend her a rather noble presence, but it’s nice to see her letting her hair down like this too. 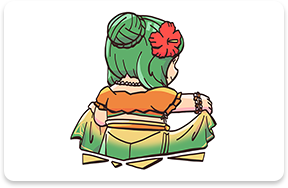 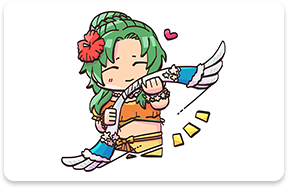 I hope Elincia’s had plenty of time to relax and bask in the soothing sounds of the sea. Once she’s taken the opportunity to rest, she’ll be ready to see some action with the Order of Heroes! 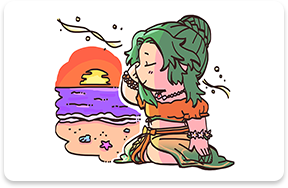 A kindhearted but stoic young man who has taken command of his father’s mercenary band. Saved Elincia’s life.

Daughter of Count Delbray of Crimea. Elincia’s milk sibling. She serves as Elincia’s guardian and accompanies her wherever she goes.

A Crimean general. He has known Elincia since she was a child and helped her to escape when Crimea fell.