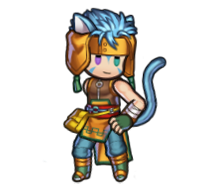 Ranulf might still be young, but this fearless feline’s already renowned across Gallia for being a talented warrior. 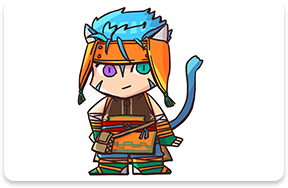 During the war between Daein and Crimea, Ranulf fought alongside Ike and the Greil Mercenaries. After the war, he served as an assistant to Skrimir, the heir to the Gallian throne. 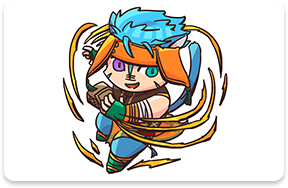 When transformed, Ranulf’s fangs and claws are as sharp as knives—I sure wouldn’t want to be on the receiving end of those! 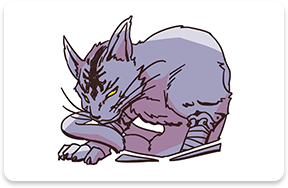 It’s a good thing that he’s got a very welcoming personality, whether he’s dealing with beorc or laguz. I’m sure it wouldn’t take long for him to become friends with us! 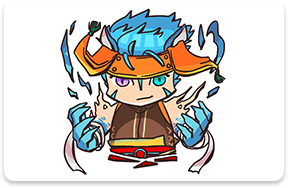 The leonine king of Gallia. He protects Princess Elincia and orders Ranulf to help the Greil Mercenaries restore order to Crimea.

A young man who followed in his father’s footsteps to take up command of the Greil Mercenaries. A beorc, he established a firm friendship with Ranulf, demonstrating his ability to bring the two races together.