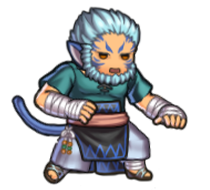 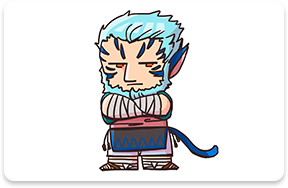 During the war between Daein and Crimea, Mordecai worked with Ike and the Greil Mercenaries, and after the war, he worked to restore order in Crimea. 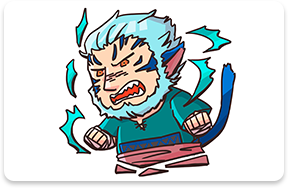 Mordecai uses his massive figure to his advantage in battle. And when he switches to fighting in his tiger form, he makes for an even more striking presence on the battlefield! 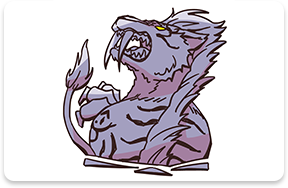 While he might be a top-notch fighter, Mordecai is really a gentle giant at heart. He has an unusual way of speaking, but he’s doing his best to fit in—I hope I get the chance to help him out! 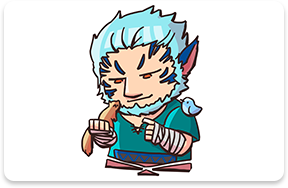 The leonine king of Gallia. He orders Mordecai and Lethe to lead the Greil Mercenaries to Castle Gallia.

A Gallian cat warrior. She and Mordecai were ordered by Caineghis to lead the Greil Mercenaries to Castle Gallia.