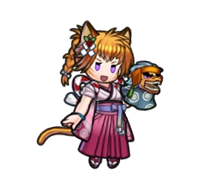 We’ve got a special guest coming to celebrate the New Year! Here’s Lyre, a cat warrior from Gallia, and she’s wearing a special kimono for the celebrations! 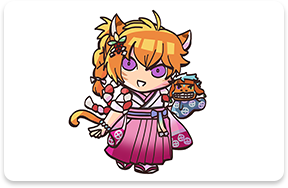 You might remember her twin sister, Lethe, who previously came to celebrate the New Year in Askr. Lyre’s kimono is a lot like the one Lethe wore, but with a whole new color scheme! 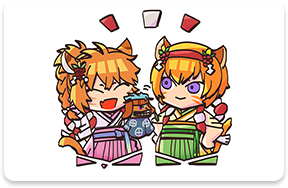 That doll she’s brought with her is called a shishimai, and it’s used as part of a traditional New Year’s lion dance. That band around its head looks a little familiar… Is that supposed to be Ranulf? 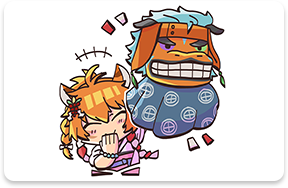 Lyre has graced the start of the year with a truly gorgeous outfit, and seeing her vibrant look makes me think we’ll have a bright year ahead. Maybe this is the year she’ll finally catch Ranulf’s eye! 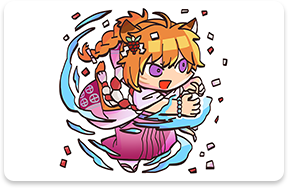 A member of the cat clan of laguz. Out enjoying New Year’s treats in unusual garb. Lyre’s twin sister.

A cat warrior from Gallia, the home of the beast tribe of laguz. Though young, his king trusts him deeply. Considered the right hand of the future king. Lyre’s superior officer.

A tiger warrior from Gallia, home of the beast tribe of laguz. Serious and dutiful, not even New Year’s celebrations can keep them from their training. Lyre’s superior officer.