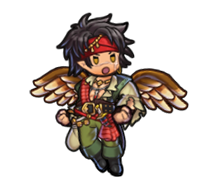 Here’s Tibarn, the hawk king of Phoenicis and lord of the skies of Tellius! He’s wearing a pirate costume for his big appearance at the festival! 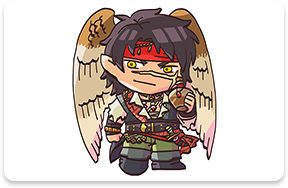 For many years, a tragic history caused a bitter division between the beorc, a group made up of folks like you and me, and the laguz, the group that Tibarn belongs to. 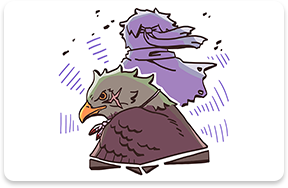 In retaliation for Begnion’s actions, Tibarn attacked beorc trading ships from the skies, earning his crew the moniker of the “shipless pirates” in the process. The costume he’s wearing now really does call those days to mind! 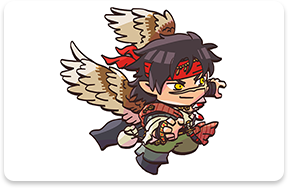 Now, however, Tibarn enjoys friendly relations with the beorc people. He’s really nailed the pirate look too, so I hope he has a great time with everyone at the festival! 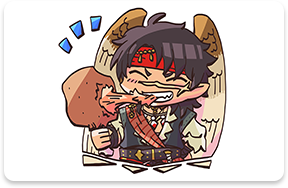 Prince of Serenes, the former kingdom of the heron laguz. Brother of Leanne. Frail, but strong willed. He admires Tibarn’s strength.

King of Kilvas and leader of the raven clan. He uses his cunning as a weapon and won’t shy away from dirtying his hands. Unlike Tibarn, his approach to piracy is more predatory, and he indiscriminately attacks beorc trading ships.