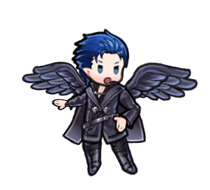 Naesala is the king of Kilvas, the land of the raven clan of laguz. I’m told he has an aloof personality that makes it hard to get a handle on him. 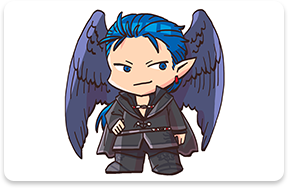 Kilvas was a starved, impoverished nation. Perhaps it’s because of this that Naesala was personally involved in acts of piracy against beorc ships, and even sold his childhood friend Reyson to a beorc slaver… Things must have been REALLY desperate. 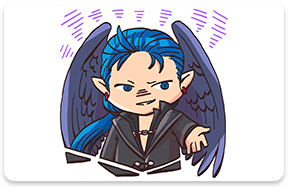 When Naesala transforms, he takes on the form of a great raven with jet black wings. Ravens are well known to be particularly clever birds, and that might be where Naesala gets his cunning from. 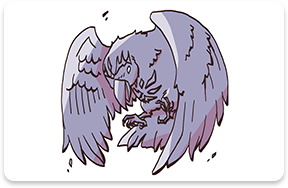 During the war between the Laguz Alliance and Begnion, Naesala was forced against his will to fight alongside Begnion. Even though it appeared that he betrayed them, Naesala was still acting in the best interest of his people, even if it meant being branded a villain. 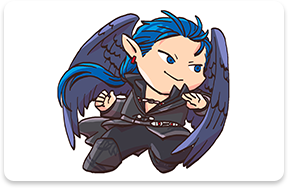 King of Phoenicis, the nation of the hawk laguz. Leads his people by dint of his overwhelming fighting ability and charisma. Distrusts Naesala due to his backstabbing nature.