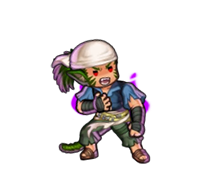 Here’s Muarim, the second-in-command of the Laguz Emancipation Army! Together with his allies Tormod and Vika, he joined the Daein Liberation Army to break free from Begnion’s oppressive rule. 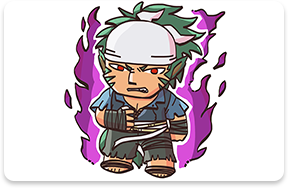 Muarim was the victim of a tragedy not long after returning from battle—one of his allies gave him a dose of a potion with disastrous effects! 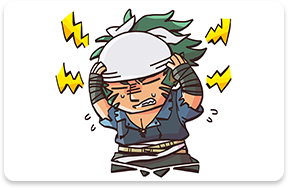 The effects of the potion made Muarim lose all control and sapped his vitality. Even when Tormod and the others called out to him, he only growled… 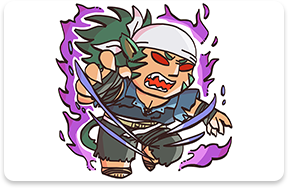 This maddened state left Muarim writhing in pain, but thankfully, he was brought back by the song of the heron laguz. I hope he takes plenty of time to rest so he can get right back to being the upstanding, heroic leader we know so well! 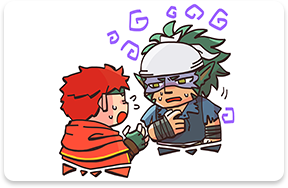 A fire sage who leads the Laguz Emancipation Army. He and Muarim share a close-knit bond.

A warrior of the raven clan and member of the Laguz Emancipation Army. Fights alongside Tormod and Muarim.

A thief for the Dawn Brigade. He generally shows little interest in others but tends to be overprotective of his Micaiah, who’s like a sister to him. An old acquaintance of Muarim’s.