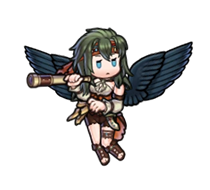 Today I’m introducing you to Vika, a member of the Laguz Emancipation Army! She’s a raven laguz who’s come all the way from Tellius to join the pirate festival! 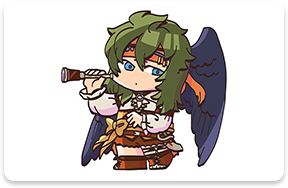 One thing about Vika that always stands out to me is her bold, eclectic look—she’s not too bothered about appearances. Still, she looks so natural in her pirate attire! 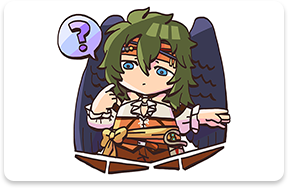 As you can see, she’s also carrying a telescope in her hand. Vika can fly up high in the sky, and with that handy little lens, she’ll be able to spot treasure from miles away! 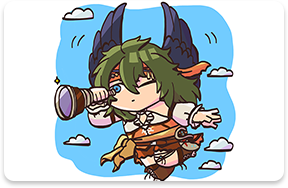 Vika doesn’t mingle with others much, but I can tell she’s having a good time. I guess you could say she’s already found the pirate festival’s real treasure: having fun with everyone! 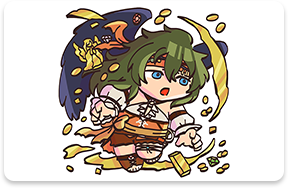 A mage who leads the Laguz Emancipation Army. Friend of Vika’s.

A member of the Dawn Brigade with silver hair and mysterious powers. As close with Sothe as a sister, though they’re not related by blood. She was given Vika’s precious Ashera Icon as a gift.

A member of the Begnion Senate. Cherishes everything beautiful and puts all his effort into the preservation of the arts. He has his eye on Vika.